During a visit to the antique stores of the historic center of Lima, I found a series of cassettes that immediately called my attention: Super Bailables, Tropicales de Oro, and Las Calientitas del 97, three compilation cassettes of Latin hits from the 90s which stood out from the many forgotten tapes because of the naked women that appeared as protagonists of the covers. I still don’t know if the wink was real or imaginary. The truth is that the retro aesthetic, so outdated and questionable, produced in me an immediate attraction, a great curiosity and inexplicable fascination. Who were these women? So fun, so provocative, so confidently owners of their body. I dedicated the following months to track down similar cassettes in different antique markets around the city. I was able to prove the obvious: these first findings weren’t unique isolated copies but pieces that formed part of a historical visual pattern in the discographic production of Latin music. All of the feelings and sensations that this collection made me experience rapidly transformed into a call for action and a sense of need: I also wanted to be there with them and have fun with them. There wasn’t any time to lose. As an outsider, I sought to subtly seep myself in and perform in that scene. I believed that in that space I would be able to experiment the freedom that I craved so much. I believed that I could be myself and finally conquer the autonomy of my own body. 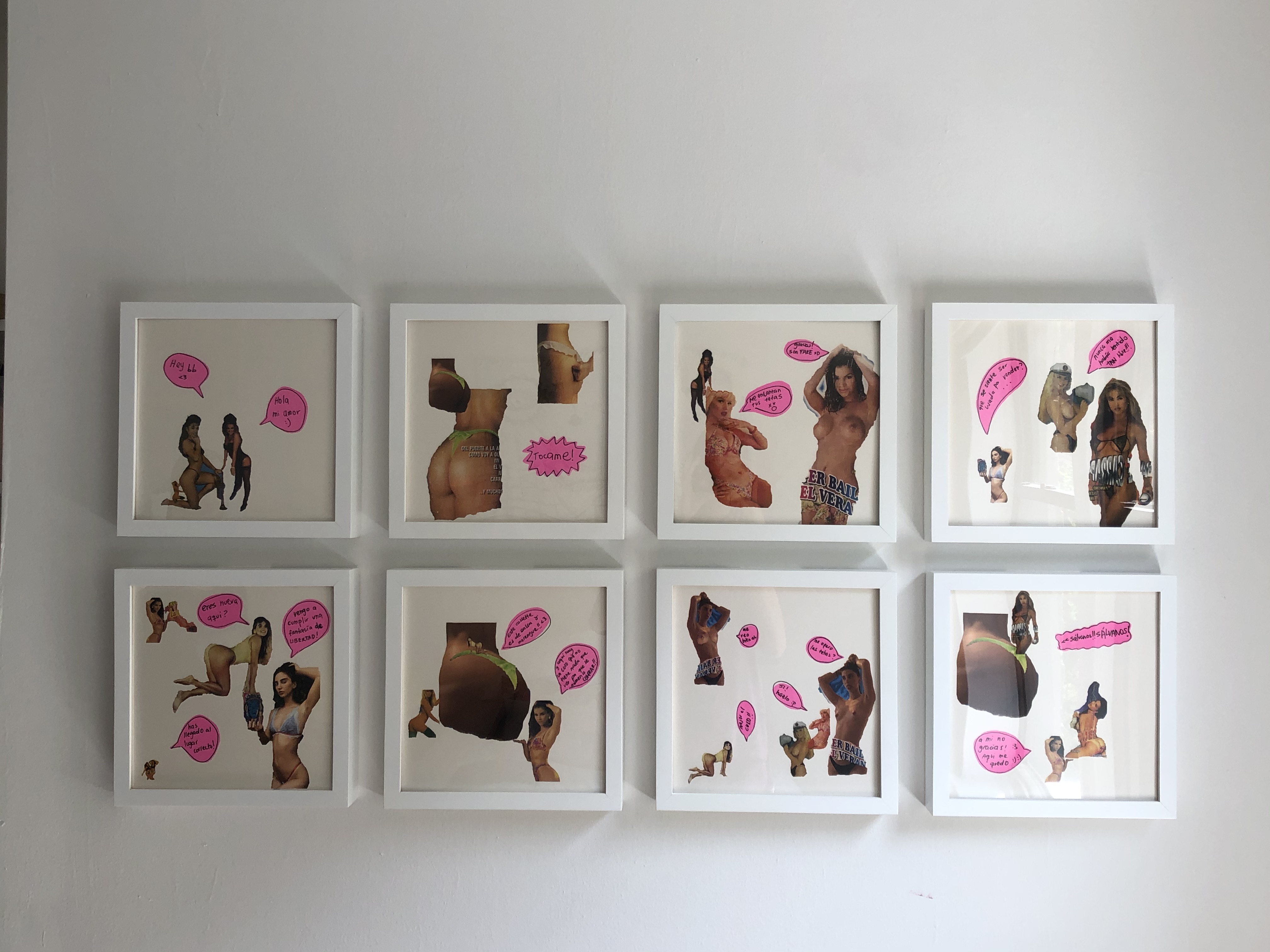 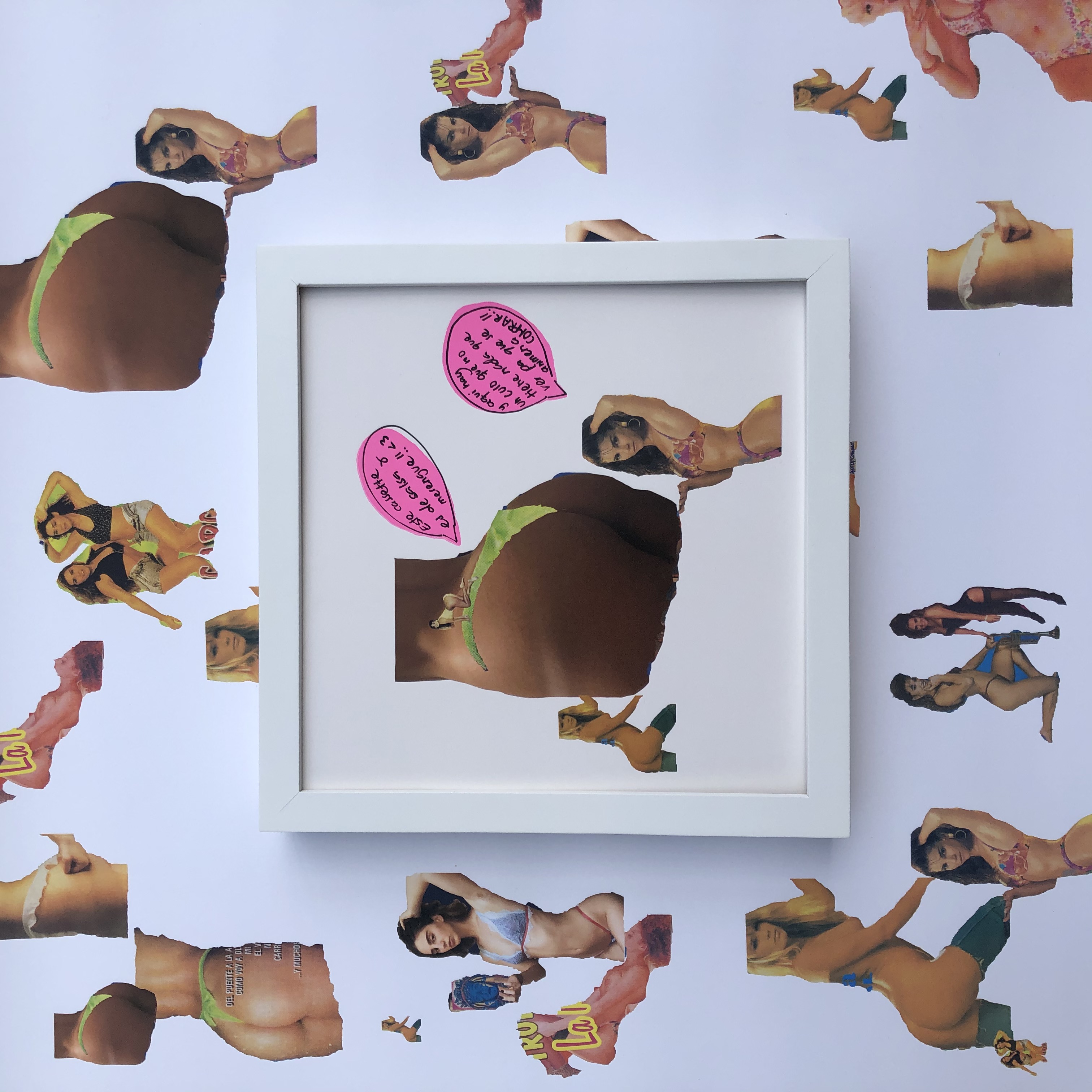 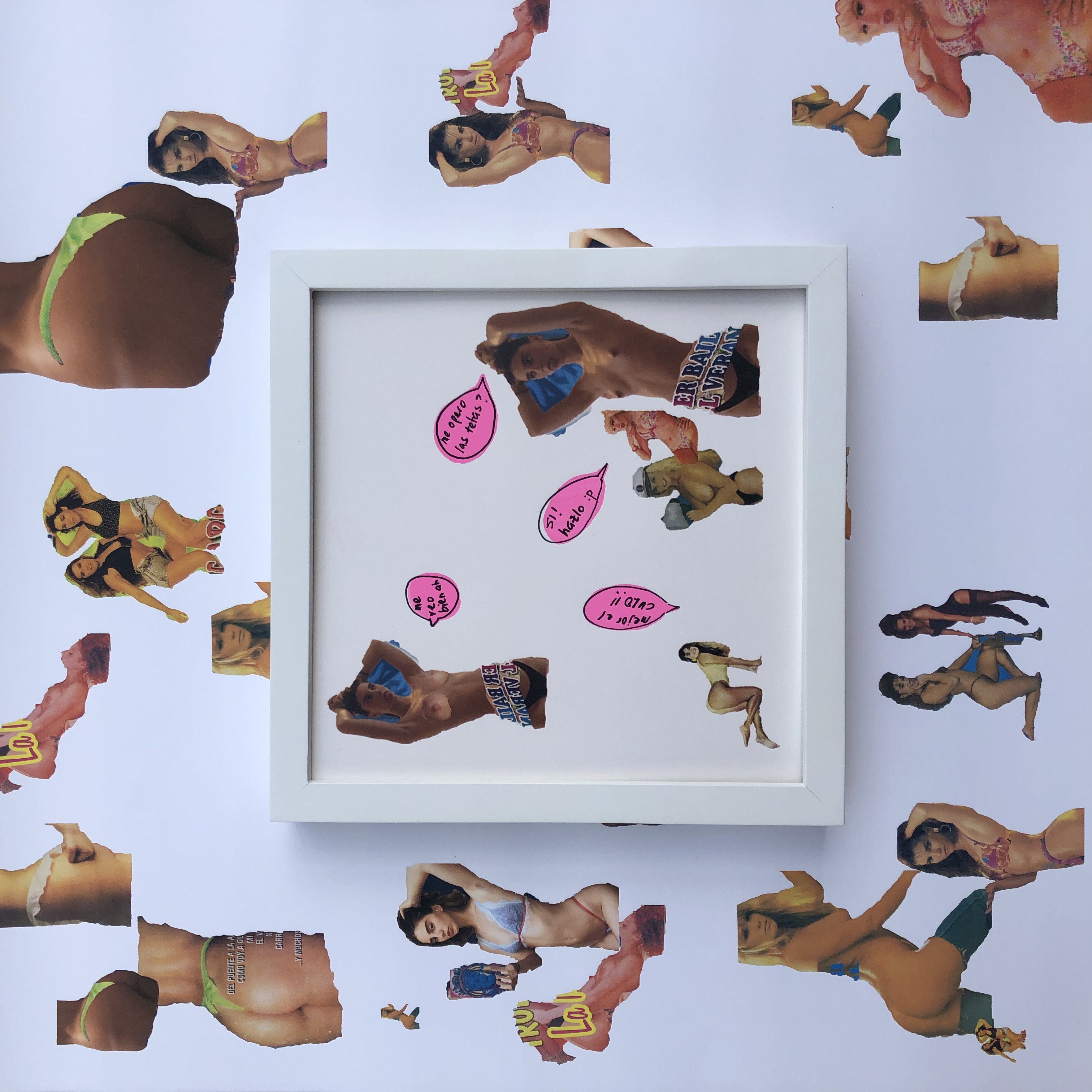 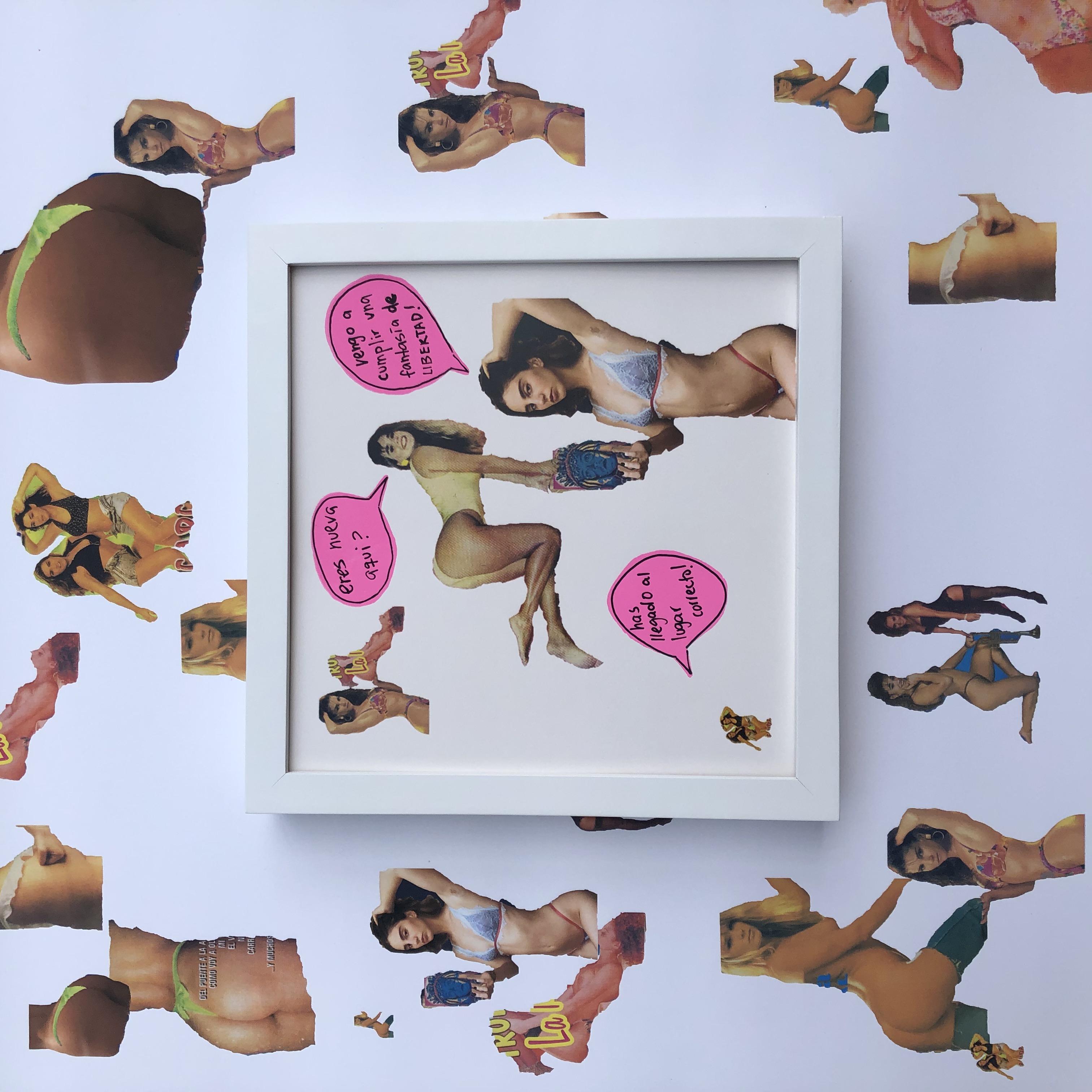 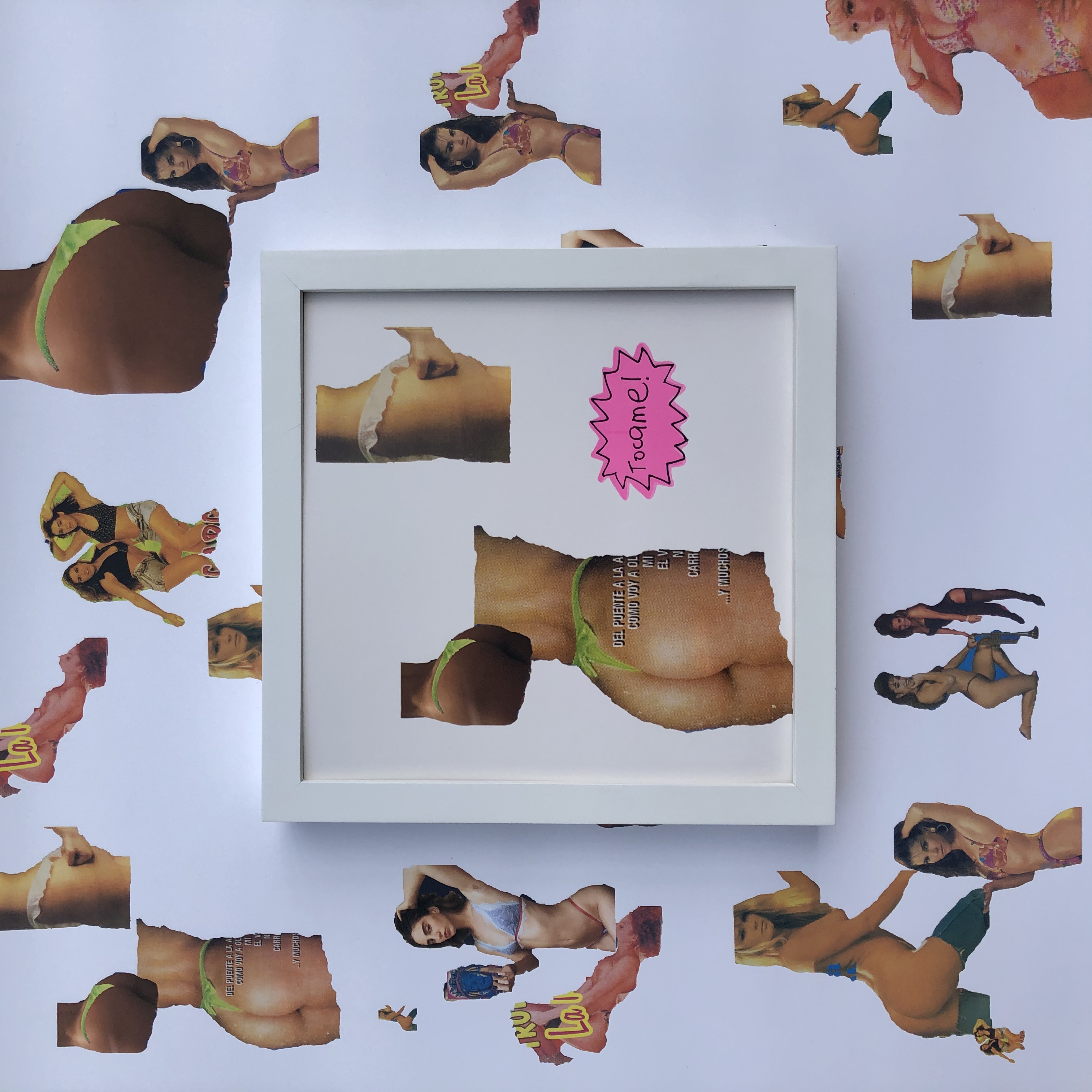 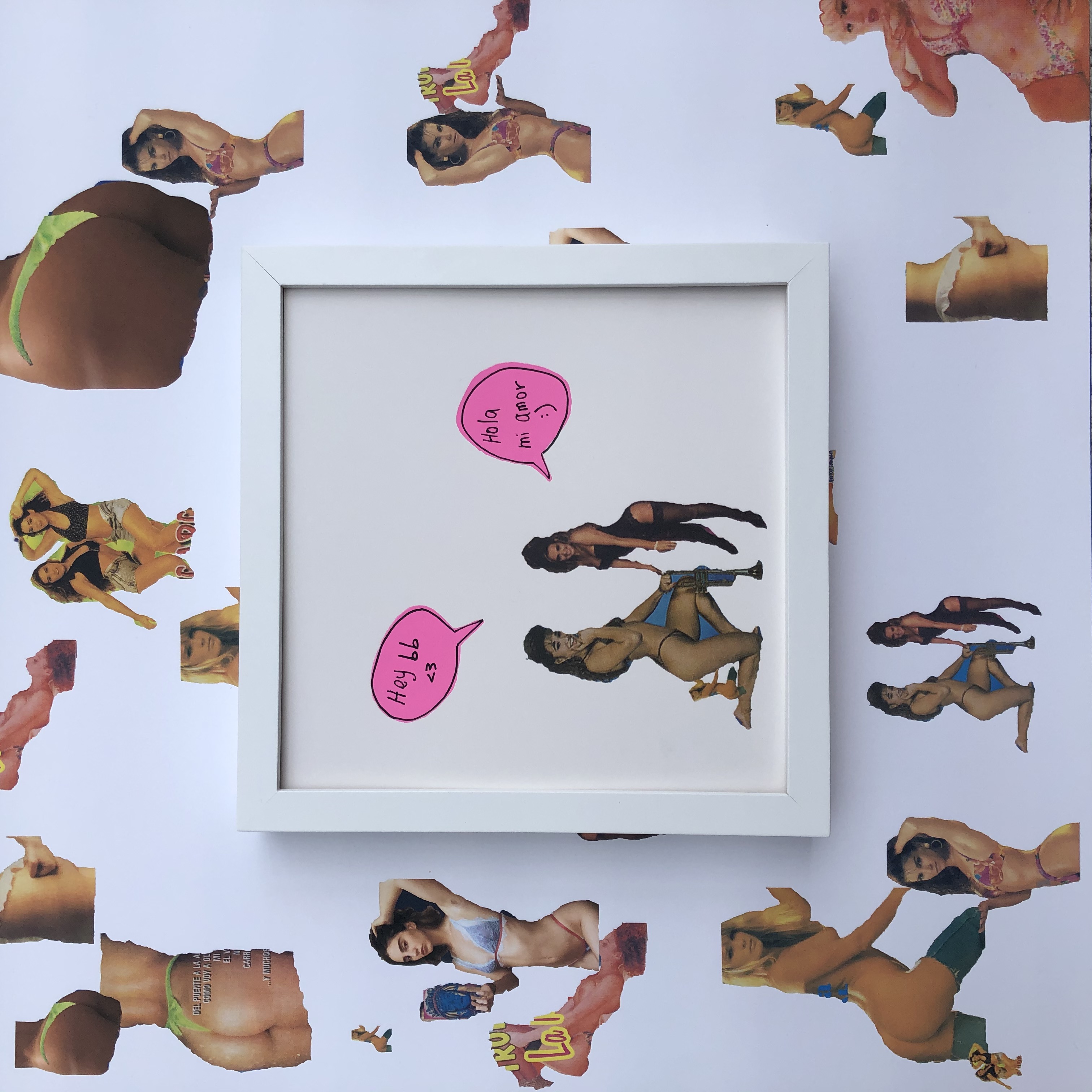 Maria Antonia James is a Peruvian artist that works with printmaking and mixed media. She started learning and working with the different printmaking techniques a couple of years ago, and by making mistakes during the process, she was able to get to know the medium more intimately and discover its boundaries. Or its infinity? Printmaking has allowed her to experiment with many ideas of freedom and the body in a way that has pushed her closer to the feeling of liberation.